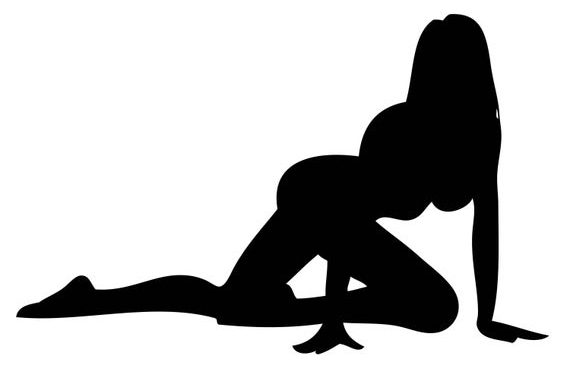 Let me go ahead and shout it out to the world: I don’t see the point of strip clubs! In the words of my dad, “You go in on payday and you come out broke a few hours later.”

I thought strip clubs were such a waste of money, I refused to go with my best friend on his 21st birthday in 2005 and caught a TON of hate from my friends for it. It was odd in hindsight since that same friend came out of the closet as a homosexual many years later. No joke. Truth is stranger than fiction I guess.

Many years later, my coworkers convinced me to tag along with them a few times in 2010 and 2011 and as I predicted, I wasn’t impressed. But it was still “me and the guys” from work BSing off the clock, so that part was fun, not to mention the drinks were $2 at Deja Vu on Tuesdays.

Everyone is also under the delusion that strippers are these goddesses with 10/10 looks. Not some of the ones I’ve seen. I remember one at Deja Vu in 2010 who came up to me asking me to buy a lapdance. She looked normal enough. She looked pretty enough, but after she propositioned me for the dance, she smiled, revealing she was missing all of her teeth except her top and bottom two front teeth. Meth is bad! YIKES!

Another one at Rick’s Cabaret had botched breast implants which were lumpy as all get-out. I’ve never been a fan of implants. While doing my best to not sound like a pervert, all I can say is I like the natural female forms of many shapes and sizes, not fake ones.

Some guys go to strip clubs with the delusion that they can pick up a stripper. Picking up a stripper while she’s on the clock is a fool’s errand. The idea of dating one doesn’t exactly fill me with the warm fuzzies, knowing she’d go to work every night to get felt up by total strangers. Prior to COVID, according to Nevada law, you may actually touch strippers with their permission, but like Chris Rock says, there’s still no sex in the champagne room.

Back in January 2011, I had some friends come in from out of town. They wanted to do the “Vegas strip club thing” so bad, so we went to the Olympic Garden. One of them who shall remain unnamed clearly didn’t know how strip clubs operated, what a lapdance was, and how much they cost (industry standard at the time was $20 per song and I have no idea if that’s gone up).

He was talking to a stripper and about five minutes later, she started giving a lapdance to him. Throughout the process, he had this look in his eyes as if to say, “WOW, SHE REALLY LIKES ME!”

I leaned over and whispered into his ear, “Dude! You realize you’re paying $20 per song for this, right?!” He quickly pushed the woman off his lap and peeled off $60 to pay her.

Aside from one other uneventful time I took a different friend for his birthday later that year, I hadn’t gone back to a strip club since. It’s a whole industry based on the War Games adage of, “The only way to win is not to play.”