With her debut novel, The Sword and Shield, dropping on March 26, I bring to you an interview with Emma Khoury. 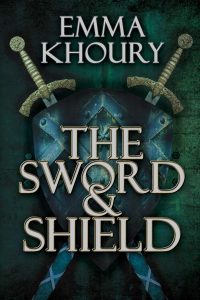 Tell us about “The Sword and Shield” and why we should read it.
The Sword and Shield is a fresh type of story that I’ve rarely seen out in the world. The story of a very human assassin who kills people as a job, but it’s not who he is. He has interests outside of the murder and maiming of his fellow man, a solid menagerie of cats, and surrounds himself with a family of friends. If you enjoy dry, sarcastic, and/or dark humor sprinkled between action and intrigue then this is the book for you!

Can you pinpoint one particular moment in your life where you decided you wanted to tell stories? Did you decide at that same moment it would be through writing?
I don’t know the exact moment when I knew I wanted to be a storyteller, but my earliest recollection of writing an involved story was at the age of twelve. I’ve had the writing bug longer than I haven’t and there is no chance of a cure. 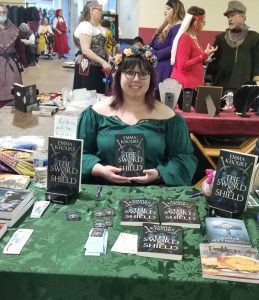 Khoury at the Winter Tournament of Chivalry in Kalamazoo

What inspired you to begin writing “The Sword and Shield?”
My asshole cats did (just kidding, I love my fur babies). But seriously, I was rubbing Neosporin into some slowly healing cat scratches and an idea sprang into my mind. What if there was an assassin with an autoimmune disorder? It was random and unlikely and I dug it enough to pursue that line of questioning to the end.

Do you have a “dream Hollywood cast” if it were ever made into a movie adaptation?
I only have one actor in mind and that is Zach McGowan. He is everything I imagine (minus Ezra’s scars) when I picture Ezra Toth, the main character.

Have you considered other mediums to tell stories?
Outside of my tendency to tell long-winded, dramatic tales of otherwise ordinary events to my friends and family, writing is the only medium for me.

Does your story teach any morality lessons?
I think the biggest lesson you can take away from The Sword and Shield is that sometimes you’re on a path that seems perfectly fine and then life takes you in a direction you never would have imagined or chosen for yourself and to embrace that change.

Are there any friends or loved ones who inspired the way you wrote or the subject matter you wrote about?
Not in the traditional sense that I’ve modeled any of my characters after people I care about. What I have done is model Ezra’s ‘family’ after my own. A loving group of people who support me.The writing question of the ages: Are you plotter or pantser and why?

I am a plantser. As I explain in one of my blog posts “A ‘Fly by the seat of your pants’ Gardener Aka Plotter v. Pantser” I am a healthy mixture of both. I will usually start with a general idea, draw a coloring-book-esque outline, and then go wild. Inside the lines. Outside the lines. The outline usually remains in some form, but it only asks as a guide to help my imagination do the rest.

Have you ever dealt with the “Chapter One Blues?” That’s what I call the feeling in your gut where you think your first chapter will never be good enough, so you keep going over it again and again, neglecting the later ones.
My ‘blues’ as you call it, usually comes after I’ve finished my first draft. For instance, I have a new work in progress that is technically complete. It is a whole and finished story. However, it is about a third of the length it needs to be if I hope to publish it as a full length novel.

Did you write your book in chronological order?
(Takes brief break from interview to cackle maniacally.) Ok I’m back. No, no I do not write my books in chronological order. Let’s take the alphabet. Say I put all the letters in a bag, shook it, and dumped them out on the floor. That’s the best picture I can give as to the thought process behind the order in which I write my books.

What advice would you give writers at the:
Prewriting stage?
Writing stage?
Editing stage?
Querying stage?
Well for all of them I would say ‘breathe’. Take a beat and calm your shit because it’s not as scary as it seems. Is it intimidating? Hell yes, but it’s an achievable goal if you’re willing to put the time and the effort in. For specific into each step of the writing process I would recommend checking out my blog at www.emmakhoury.com where I go into those stages in depth in my various posts. 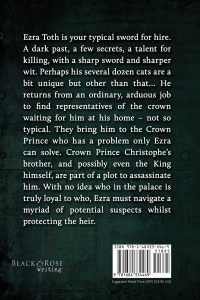