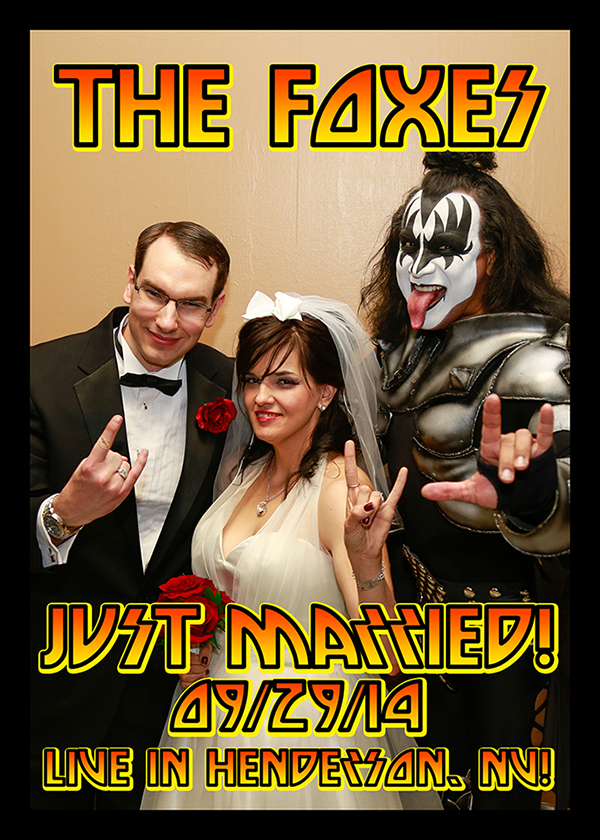 Meeting My Soulmate and How You Could Meet Yours

In my thirst for knowledge to further my writing, I attended a free class held by local writer Maxwell Alexander Drake at the Centennial Library. At the end of the class, a small group wanted to go out to eat. I joined them and met a wonderful woman by the name of Desirea (The A is silent, kinda like the D in Django).

I worked up the nerve to ask her out (mainly thanks to a mutual friend tipping me off that she liked me). We were married in 2014 and have been inseparable ever since. To this day, we still go out on “writing dates” where we’ll go to a coffee shop or restaurant to hammer away at our creative efforts for a few hours. Heck, this blog entry was completed on a writing date.

I’m no expert in dating. But to anybody who has been struggling in finding their soul mate: Get off the damn internet. I know most couples meet online now, but please buck the trend. I know I sound like an old curmudgeon saying this, but let’s be real. People with online dating profiles put on a facade to look the best they can. They’ve got filtered or Photoshopped photos and you’re never going to meet the person you idealize when you first see those photos.

I see a lot of people treat online dating like they’re trying to order a pizza: I want this, this, and this, but not that, that, and that. Any deviation is an instant dealbreaker for them. You can’t ever pick EXACTLY what you want in a human being. With meeting somebody in person, you’re going to slowly see who they really are, both their good features and their flaws. Some flaws that may be a dealbreaker in online dating might turn out to be something you can live with.

After you get off the damn internet, it’s probably a good idea to stay away from bars and clubs. You tend to find the one-night-stand crowd there. If that’s what you want, that’s cool, but I believe soul-mate material won’t be at a nightclub. I only ever go to bars when there’s some sort of event going on, something like a band, or karaoke night. On a regular night with no event, bars are kind of depressing with depressing people, drinking, smoking, and gambling their lives away.

Go and publicly do hobbies and activities that you enjoy. That’s where you’re going to meet your soul mate. I know so many couples that bewilder me as to how they’re staying together. They’re opposite personalities and really have nothing in common other than maybe hitting a movie now and then. Having that hobby you’re both working toward (but never against each other) is going to be the glue that holds your relationship together. There’s going to come a day when you’re elderly and not physically attractive anymore. Find someone whose mind you’re attracted to just as much as their body.