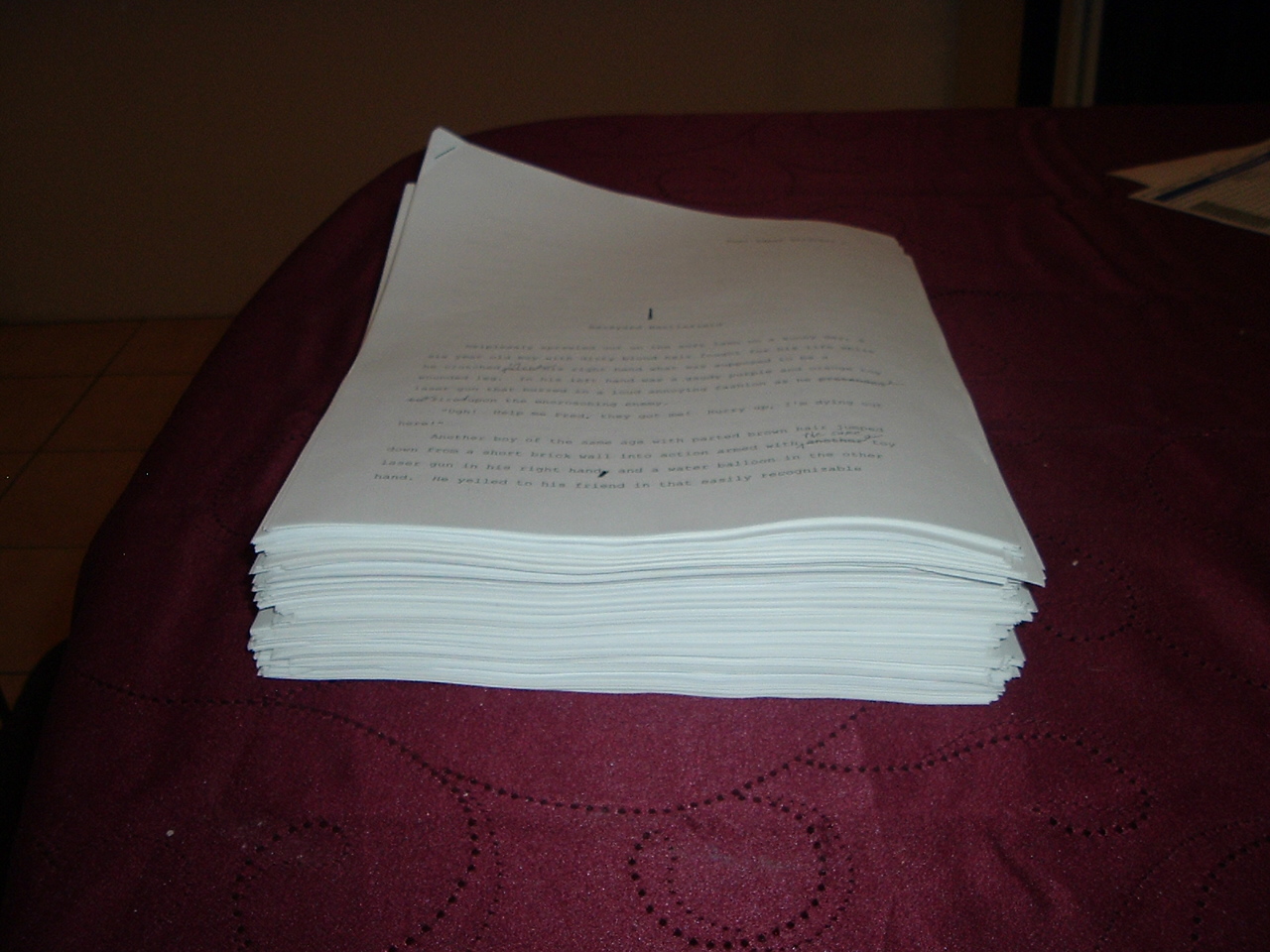 In my last post about storytelling as a child, I wrote about how I had previously attempted to write a novella and it was pretty juvenile. In the years after, I messed with storytelling in other mediums such as film and games, but I hadn’t thought writing again until I had been going through a rough patch in my personal life.

At that time, my coworker Ken came marching into work with the proudest look on his face. He slammed down what looked like a ream of copy paper and yelled, “It’s done!” I looked at it and saw he had written a fantasy novel well over 500 pages. I asked him if I could read it and he sent me a copy of the rough draft. I thoroughly enjoyed it and he went on to publish it on Amazon as “Fifthwind.”

I thought to myself, “I can do that, too! I did well in English class!” and set off to write my own science fiction novel, Ideal Soldier. The “I can do that, too!” mindset is a big fallacy for new writers. It’s the apex of the Dunning Kruger syndrome. Writing is something that’s easy to get into, but hard to master. There were scenes I wrote which were allegories of what I was going through in life which served no purpose in the story. Writing them had been very therapeutic or good for the soul, but were cut in later drafts.

I had a few people look at it and got called out on a lot of mistakes. Plotwise, my biggest sin was trying to be an edgelord by putting in all sorts of shocking and politically incorrect stuff to get a rise out of people (a few comparable and cringy scenes on Game of Thrones come to mind). Some of those ideas fell flat in a big way. Looking back, it’s just as bad as what Hollywood is trying to do in a lot of movies and shows today: Putting in excessive social justice themes to try and get a pat on the back from society, but moderates like me just end up rolling our eyes. It’s really two sides of the same coin. As of this post, I’m going through the manuscript one last time before I begin the submission circuit.

Memories
Previous Post
Meeting My Soulmate and How You Could Meet Yours
Next Post
Review: White Winds