Atlanta Nights: 15th Anniversary and the Lessons it Taught Us

This year, the “novel” Atlanta Nights by a group of sci-fi authors under the pseudonym Travis Tea turns 15 and the lessons it teaches us are still as true as ever. Let’s go down memory lane and see what this “horrible” book is all about. 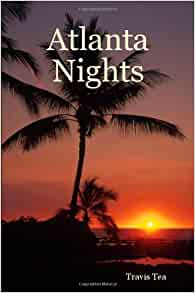 In the early 2000s, bookseller PublishAmerica was already under fire by several reputable sources for being a vanity press in disguise as a traditional publisher (I like to call these companies “predatory poseur presses”). When PA made some disparaging comments about the genres of science fiction and fantasy, a group of authors in the genres refused to let that go unanswered. They wrote what was an intentionally bad book, chock full of mistakes and submitted it to PA. When PA intended to pick it up, the group outed the manuscript as a sting operation and shamed the company. I won’t regurgitate everything, but this link to Wikipedia contains a more in-depth version of the story as well as links to the full text of the novel.

So what has changed since then? In 2014, PA changed their name to America Star Books (probably to shake off any negative press about them), and in 2017, they ceased being a “publisher” and changed their format to a book promotion company.

When you self-publish at an openly honest print-on-demand company like Amazon Digital Services or Lulu, you at least have the advantage of a bigger share of the sale. These predatory poseur presses don’t even give you that. Whatever “marketing” they make you pay for is paltry and they certainly won’t get you into a traditional bookstore.

Please be wary of who you submit your manuscript to and don’t let them manipulate you into giving up what should be yours.

You can purchase Atlanta Nights on Amazon (not that you would want to actually read it!). Proceeds will go to the SFWA emergency relief fund for writers.