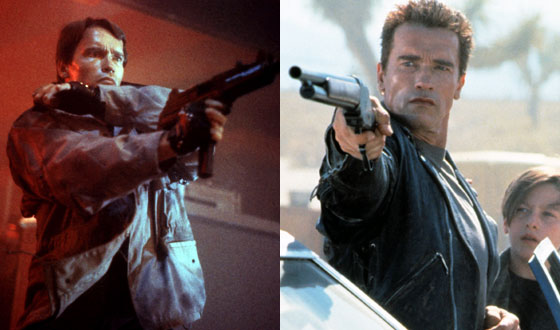 Why I Love Terminator 1 and 2 SO MUCH!

Let’s rewind to the year 2001. I was a kid still and there were still only two Terminator movies. The franchise hadn’t yet been beaten to death by numerous sequels with yet another coming out today.

If they didn’t have such amazing predecessors before them, Terminator 3 and Salvation would have been decent movies. But alas, 1 and 2 were like getting your first couple hits of an amazing drug (it’s a metaphor; don’t do drugs, kids), only for the future hits of 3 and 4 to not be as satisfying. I haven’t yet seen Genisys, but I’ll get around to it one day. I probably won’t see Dark Fate until it’s on home video.

But let’s hop in our time-displacement machine and go back in time to 2001. I had heard of the Terminator movies (who hasn’t?), but my mother was pretty protective and stuck to movie ratings like it was the Prime Directive (pick your franchise reference: Robocop

). When the original Terminator aired on national television (my parents thought cable was a waste of money at the time), I finally got to see it…

That movie blew me away, even with all the national TV censorship. When I graduated high school in 2002, I treated myself to a trip to Circuit City and bought myself DVD copies of both films and binge watched them one Saturday night from about midnight until 5 AM. It was glorious. 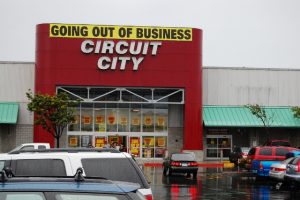 Arnie couldn’t self-terminate, but Circuit City sure as hell did!

The time travel aspect, the “No fate but what me make” mythos: Both films spoke to me on a visceral level. I had recently lost both grandparents on my mother’s side (who were also my last two surviving biological grandparents). When we cleaned out their house, I would steal a minute here and there, close my eyes, and imagine things the way they were five to ten years prior, wishing so badly to go back in time.

All the weekend trips, the Christmases, birthdays, me bringing my own CRT television because my grandfather was worried video games would ruin his big screen TV.  The guilt would hit me from all the times I declined to visit them. But I digress, I’ll probably blog about my memories of my grandparents another day, because I miss them very much.

So aside from my personal memories it drummed up, what makes both movies so special? There’s been so many blogs, essays, and YouTube videos beating things to death regarding the superior production and special effects of the films. Because this blog is ultimately about storytelling, I’m going bring the topic around to looking at the story.

I’m not sure if James Cameron had the arc of both movies already planned, or just the first one. When you put them both together, the only character to be in both from beginning to end is Sarah Conner. Yes, John Conner is in the first movie, but that’s a little bitty scene in the future (not sure if you can call that a flash-forward or flash-back). Sarah is victorious by the end of T1, but she’s still pretty helpless and has much to learn.

While some characters go through part of an arc, it seemed like Sarah is the only one who goes through the entirety of The Hero’s Journey arc by the end of the second movie. There’s so many variations of this plot arc template, so I won’t bore you with yet another chart. 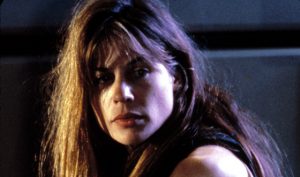 T2 starts with Sarah in the middle of her “trials” phase at the insane asylum. The new T-800 helps her and her son get the final McGuffins they need to prevent Judgment Day and they work as an honest-to-goodness team to vanquish the T-1000. This is well before we see all these cinematic universes where something takes a zillion movies to have a character go through their Hero’s Journey arc.

James Cameron was truly blessed to have the perfect storm of good story, actors, special effects, and editing to create such a satisfying duo of movies. In 2009, I had my sister watch the first three movies before jumping into Salvation. I vicariously enjoyed her reactions to all the twists and turns of the first two movies. It was priceless. She had no idea the T-800 was the bad guy in the first movie and no idea that another one would be reprogrammed for good in the second (it was a crime the trailer for T2 spoiled this).

My own feelings even after already watching them are still complete and utter satisfaction. You’re still hoping for Kyle to survive in T1. You’re still sad Arnie has to be destroyed at the end of T2. You’re happy because Sarah’s mission, started in T1, was complete.

Memories / Movie Reviews / Product Reviews
Previous Post
Review: A Higher Call
Next Post
Why Breaking My Foot Was One of the Best Things to Happen to Me: Part 1